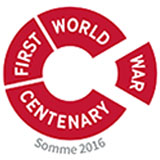 The HPower Group was contracted by The Department for Culture, Media & Sport to manage the UK National Commemorative Event for The Centenary of the Battle of The Somme, which took place at The Commonwealth War Graves Commission’s Thiepval Memorial in France. The event included an overnight Vigil and a Commemoration Service for 10,000 people including VIPs and Heads of State from across Europe. The event was broadcast live in the UK and France.

HPower project-managed all aspects of the event, liaised with the key stakeholders and sourced all relevant materials and services including logistics, catering, guest management, participant management, security, accreditation and transport.

8000 visitors attended the Commemoration at the Thiepval Memorial which is reached by narrow lanes in a remote area of the WW1 battlefields. The logistics of building the site and bringing in large numbers of people provided a challenge that the HPower team met with relish.