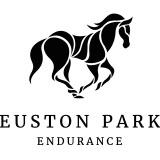 The first year that HPower became involved in the management of Euston Park Endurance was 2016. Since then the rides have grown in stature with the H.H. Sheikh Mohammed Bin Rashid Al Maktoum UK Endurance Festival being added in 2017. The four rides take place over the Summer from June to August. They are CEI1*, CEI2* and CEI3* including a Young Rider 2*, both International and National. They attract some of the top combinations from the international sport of endurance and are run under strict FEI guidelines with a focus on best-condition awards after completion of the distances. HPower Group is tasked to deliver the rides and runs a turnkey operation including sports management, production, logistics, sponsorship, marketing, PR and media management. This has most recently included the successful running of the H.H. Sheikh Mohammed Bin Rashid Al Maktoum UK Endurance Festival in 2019, alongside the hugely prestigious Meydan FEI Endurance European Championship.

Euston Park Endurance Rides offer some of the best tracks and most varied terrain for an endurance ride in Europe. The beauty of the surrounding countryside, with very little roadwork, offers the horse and rider a wonderful day of sport.