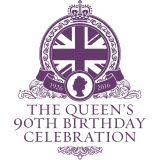 The Queen’s 90th Birthday Celebration was one of two official events taking place in 2016 to mark Her Majesty’s 90th Birthday. The event was a celebration of The Queen’s life, her love of horses, her dedication to the Commonwealth and international affairs and her deep involvement with the Navy, Army and Air Force.

The Celebration took place over 90 minutes and included 900 horses and 1,500 participants from around the United Kingdom and the world. The Celebration attracted a large audience and was broadcast live by ITV on the Sunday night. HPower Group and ITV were awarded a BAFTA for the event.
HPower marketed, produced and delivered the entire event and raised more than £1 million in surplus which was allocated to The Queen’s chosen charities.

One of HPower’s proudest moments – an event that awarded the company its first BAFTA and raised enough to give more than £1 million to charities.